How To Get People To Treat You Right: The Science Behind Trust 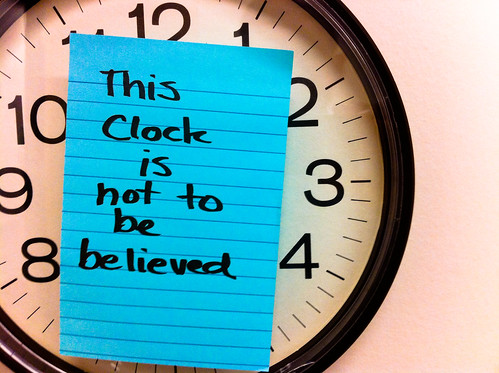 Know it or not, you often decide whether or not to trust someone based on crazy reasons. How attractive someone is, whether they’re the same gender as you are, whether someone blushes, and the state of your ever-changing mood all affect whether you trust somebody.

In some situations you trust people more just because they have a beard:

…male politicians might want to consider not shaving because the “presence of a beard on the face of candidates could boost their charisma, reliability, and above all their expertise as perceived by voters, with positive effects on voting intention.”

You make up our mind about someone in 100 milliseconds.

Judgments made after a 100-ms exposure correlated highly with judgments made in the absence of time constraints, suggesting that this exposure time was sufficient for participants to form an impression. In fact, for all judgments—attractiveness, likeability, trustworthiness, competence, and aggressiveness—increased exposure time did not significantly increase the correlations…  additional time may simply boost confidence in judgments.

And what quality do you value in a friend more than any other? You guessed it: trustworthiness.

What’s the reason most people cite for wanting to leave their job? Not trusting their employer.

And maybe you’re right to be wary. Most people do violate the trust of even close friends:

“60 percent of people confessed to sharing even their best friends’ secrets with a third party.”

Research shows that in life-or-death situations, you can probably forget about all that better-angels-of-our-nature stuff. It’s pretty much every man for himself.
But is that the best way to live? Probably not if you want a long, enjoyable life.

People who give others the benefit of the doubt are both happier and healthier. In fact, high-trusters are actually better at lie detection:

Expecting others to be selfish can be a self-fulfliing prophecy:

The expectations people have about how others will behave play a large role in determining whether people cooperate with each other or not… One’s own expectation thereby becomes a self-fulfilling prophecy: those who expect people to act selfishly, actually experience uncooperative behaviour from others more often.

And cynicism can lead to a downward spiral:

When people trust others, they painfully learn when other people prove to be untrustworthy; however, when people refrain from trusting others, they fail to learn of instances when the other person would have honored their trust.

Think that people are poor because they trust too much and the wealthy get their money by duplicity? Actually, being skeptical of people’s motives isn’t the path to riches:

People were asked how much they trust others on a scale of 1 to 10. Income peaked at those who responded with the number 8.

Those with the highest levels of trust had incomes 7% lower than the 8’s. Research shows they are more likely to be taken advantage of.

Those with the lowest levels of trust had an income 14.5% lower than 8’s. That loss is the equivalent of not going to college. They missed many opportunities by not trusting.

Clearly, on average, it’s better to trust too much than too little, even from a financial perspective.

Okay, but does this mean trust everyone? How do you pick?

You can tell Nobel Peace Prize winners from America’s Most Wanted at a rate much better than chance. More often than not for first impressions, you can trust your gut:

Estimates were significantly better than chance, indicating that individuals can identify permanent altruistic traits in others.

But how does this affect how you should handle relationships?

A tit-for-tat strategy plays the iterated prisoners’ dilemma game by cooperating on the first move, and then making the same choice as the other player did on the previous move. This strategy has been shown to be a very robust in that it does well with a wide variety of other strategies, provided that there is a sufficiently large chance that the same players will meet again.

That old rule we all know turned out to be incredibly robust. All it required was imitating the other player’s last move. If they’re cooperative, you cooperate. If they screw you, you screw them back.

Robert Axelrod, who documented the findings in his book, The Evolution of Cooperation, explained what we can learn from the findings:

At least in the Prisoner’s Dilemma game, “doing unto others as they do unto you” may not put you ahead, but with time it educates others that, all other things being equal, it’s clearly more profitable to work with you than not.

All things being equal, trust people or at least trust your gut. Early in ongoing relationships, consider tit-for-tat.