Is the internet creating an echo chamber where you only hear those who agree with you? 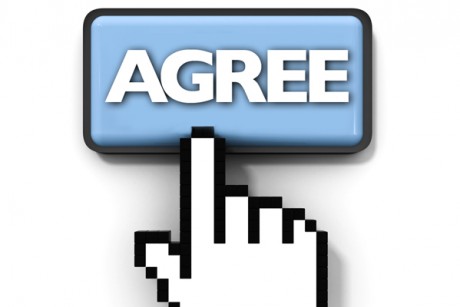 There’s no doubt that the internet can allow you to wall yourself off inside a symphony of agreement if that’s what you want. What’s fascinating is that a study of “echo chamber” type effects showed that the Web only scored “moderate” in this area.

The internet is more ideologically isolating than local newspapers and cable news channels but less so than national newspapers.

Turns out what produces the biggest echo chamber by far isn’t any form of media: it’s your friends and co-workers.

Via Steven Johnson’s Future Perfect: The Case For Progress In A Networked Age:

In 2010, two University of Chicago business professors, Matthew Gentzkow and Jesse M. Shapiro, published an exhaustive study of the echo-chamber effect in various forms of media, as well as in real-world communities such as neighborhoods or voluntary organizations. Their study created what they call an “isolation index” — a measure of how much the average reader or browser or citizen in a given environment isolates himself from differing political perspectives. If the average newspaper reader jumped from Tea Party op-eds to socialist commentary in a newspaper diet, then newspapers as a medium would warrant a very low isolation rating. if the average right-wing Web surfer locked himself up on the Fox News site and never left, then the Web would score much higher on the isolation index.

Gentzkow and Shapiro found that the Web produced an isolation index that was right in the middle of the spectrum of recent media platforms. The echo-chamber effect online was slightly stronger than it was among readers of local newspapers or cable news channels. And it was slightly lower than the isolation index for national newspapers. Strikingly, Web users who had extreme political viewpoints were much more likely than moderate users to visit sites on the opposite extreme. In other words, a regular visitor to a left-wing site such as moveon.org would click over to a right-wing libertarian blog more often than a moderate who just checks CC for headlines.

But perhaps the most striking finding of the study came in its analysis of real-world communities. neighborhoods, clubs, friends, work colleagues, family — all these groups proved to be deafening echo chambers compared with all forms of modern media. It turns out that people who spend a lot of time on political sites are as much as three times more likely to encounter diverse perspectives than people who hang out with their friends and colleagues at the bar or by the water cooler.

Are your friends the easiest route to self-improvement and a long, healthy life?