Is our fear of terrorism rational? 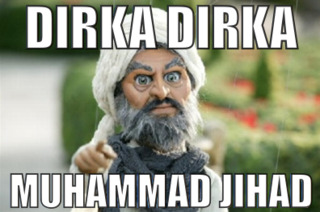 Bruce Schneier, author of the excellent book Beyond Fear, points to two articles that sum it up:

“Bee stings killed as many in UK as terrorists”

During the 21st century, terrorism has been an insignificant cause of mortality in the United Kingdom. The annualised average of five deaths caused by terrorism in England and Wales over this period compares with total accidental deaths in 2010 of 17,201, including 123 cyclists killed in traffic accidents, 102 personnel killed in Afghanistan, 29 people drowned in the bathtub and five killed by stings from hornets, wasps and bees.

According to the report, the number of U.S. citizens who died in terrorist attacks increased by two between 2010 and 2011; overall, a comparable number of Americans are crushed to death by their televisions or furniture each year. This is not to diminish the real–albeit shrinking–threat of terrorism, or to minimize the loss and suffering of the 13,000 killed and over 45,000 injured around the world. For Americans, however, it should emphasize that an irrational fear of terrorism is both unwarranted and a poor basis for public policy decisions.