How much can others learn about you from your credit card? 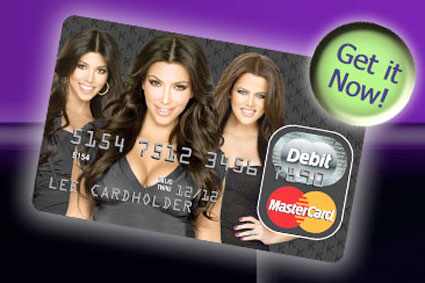 The data miners at credit card companies can learn a great deal from your transactions, pulling non-obvious correlations from their enormous datasets.

It’s amazing what a sophisticated data miner can learn from a credit card. In 2002, J. P. Martin, an executive at Canadian Tire (which, in addition to tires and car accessories, sells electronics, sporting goods, and kitchen appliances), began analyzing the data gleaned from the credit card transactions the company had processed the year before. Among the many things Martin found: people who bought carbon monoxide monitors practically never missed payments, and neither did people who bought those little soft pads that keep furniture legs from scratching up your floor. They also found that people who bought cheap, no-name automotive oil were much more likely to miss a credit card payment than people who got the expensive, brand-name stuff, and that if a person bought a chrome-skull car accessory, he “was pretty likely to miss paying his bill eventually.” From all this Martin concluded that the brands we buy are “the windows into our souls—or at least into our willingness to make good on our debts.”

This wasn’t just an isolated experiment. Martin’s methods are actually very common. Most credit card companies have (and in fact have always had, though they are getting far more sophisticated thanks to technology) systems in place that pore through all your data looking for clues that you might stop making payments. What kind of clues? Well, logging onto your online account in the middle of the night is one, as it bespeaks anxiety about your finances. If you use a card to buy essentials like groceries or prescriptions, it’s another indication that you may have fallen on hard times. Have you all of a sudden charged a large expense to a credit card you seldom use? That’s another red flag that you may be delinquent with your upcoming monthly payment, or even teetering toward financial insolvency. American Express has admitted it once used data about where its “members” shopped to set its credit limits, decreasing the limits if signs indicated a person was having money trouble. Though it has suspended the practice, not every company has; in 2008 it was revealed that one subprime credit card marketer had decreased credit limits on cardholders who frequented “pawnshops, massage parlors, tire retread shops, marriage counselors and bars and nightclubs.”

Men: please note that if you happen to be among the 87 percent of males in the United States who buy less-spoken-about products or subscriptions on Web sites promising that some vague and discreet wording like “international trading company” will appear on your credit card statement (rather than, say, Carl’s Adult Videos), that little merchant category code will still reveal the truth to the credit card company.

And they don’t just sit on all this information:

Most people write it off as a timely coincidence when an offer for a new home equity loan arrives in the mail just as they’ve started struggling to make their mortgage payments. But it isn’t. “We called people who were astounded,” said Allan E. Geller, chief executive of Visions Marketing Services, a Lancaster, Pennsylvania–based company that carries out telemarketing campaigns for banks offering new terms of credit. “They said, ‘I can’t believe you just called me. How did you know we were just getting ready to do that?’ ” He adds, “We were just sitting back laughing.” The goal of this incredibly devious tactic is to create “the appearance of almost irresistible serendipity,” like a devil whispering into our ears at the precise moment our defenses are at their lowest and our needs are highest.

Are your credit cards killing you?

Fast, easy tricks to avoid spending too much while shopping