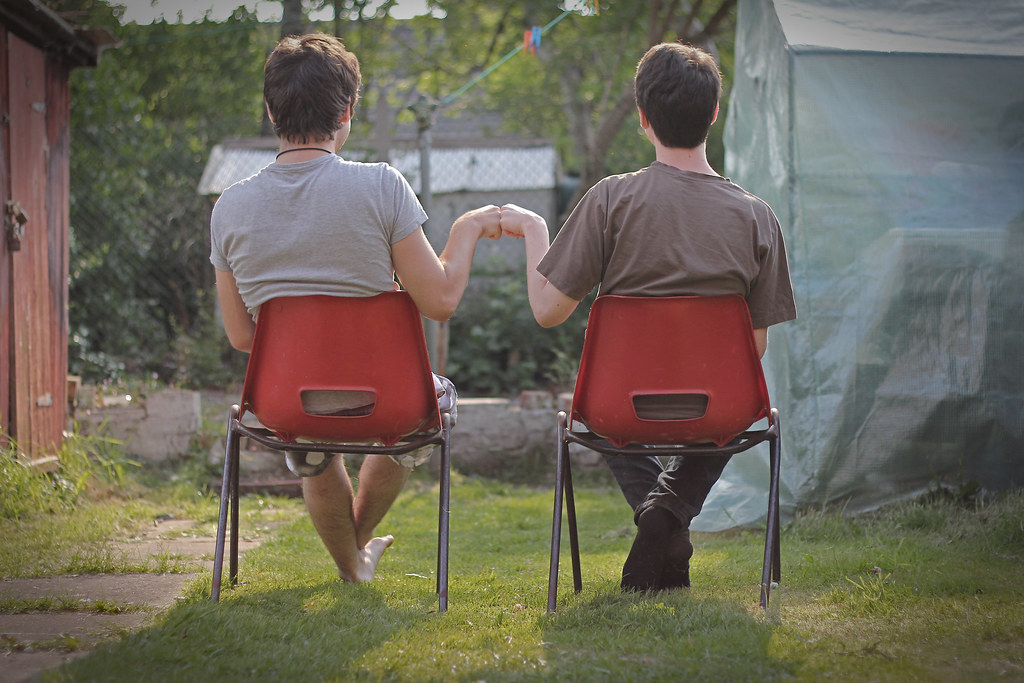 “The teams that touched the most cooperated the most, and won the most.”

So are touchy-feely people more successful at getting things done? There is no data on whether bosses who dole out the occasional pat on the head run a smoother operation, but a 2010 study by a group of researchers in Berkeley found a case in which a habit of congratulatory slaps to the skull really is associated with successful group interactions. The Berkeley researchers studied the sport of basketball, which both requires extensive second-by-second teamwork and is known for its elaborate language of touching. They found that the number of “fist bumps, high fives, chest bumps, leaping shoulder bumps, chest punches, head slaps, head grabs, low fives, high tens, half hugs, and team huddles” correlated significantly with the degree of cooperation among teammates, such as passing to those who are less closely defended, helping others escape defensive pressure by setting what are called “screens,” and otherwise displaying a reliance on a teammate at the expense of one’s own individual performance. The teams that touched the most cooperated the most, and won the most.

The researchers were interested in whether the men would be more successful when they touched the women than when they didn’t. How important is touch as a social cue? Over the course of the day, the young men collected three dozen phone numbers. When they didn’t touch the women, they had a success rate of 10 percent; when they touched them, their success rate was 20 percent. That light one-second touch doubled their popularity.

And helps servers get better tips:

For example, in an experiment involving eight servers and several hundred restaurant diners, the servers were trained to touch randomly selected customers briefly on the arm toward the end of the meal while asking if “everything was all right.” The servers received an average tip of about 14.5 percent from those they didn’t touch, but 17.5 percent from those they did.