How do you get your employees and students to perform better? 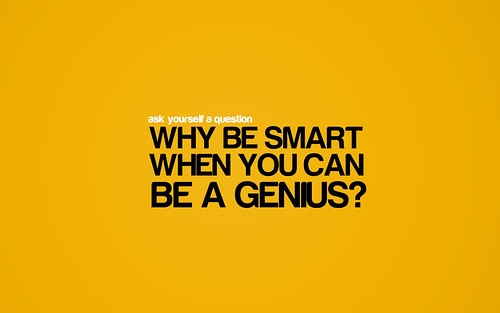 Believe they are smarter than average.

…Rosenthal and Lenore Jacobson (1968) did the same study in a classroom, telling elementary school teachers that they had certain students in their class who were “academic spurters.” In fact, these students were selected at random. Absolutely nothing else was done by the researchers to single out these children. Yet by the end of the school year, 30 percent of the the children arbitrarily named as spurters had gained an average of 22 IQ points, and almost all had gained at least 10 IQ points. The “spurters” were also rated much higher in their classroom performance by their teachers. Rosenthal compared his results to an expensive “total push” campaign funded by the Title I education act that led, after three years, to gains that were much smaller than even the gains for the control students in these classrooms. Something had definitely happened to the teachers of these students.

Rosenthal was fairly certain the teachers did not spend more time with the alleged “spurters” because these students improved less on their verbal scores than their reasoning scores. Rather, he thinks the teachers were more excited about teaching these students, and maybe about teaching generally. And they must have subtly communicated respect for and enthusiasm about these students, so that the students themselves felt more capable of understanding and anticipated better performance from themselves. Rosenthal calls this the Pygmalion effect. Others call it the Rosenthal effect. And still others see it as a special case of what has come to be called “self-fulfilling prophecy.”

What makes a great leader?