Do you function better after a Red Bull and vodka vs. just drinking vodka? 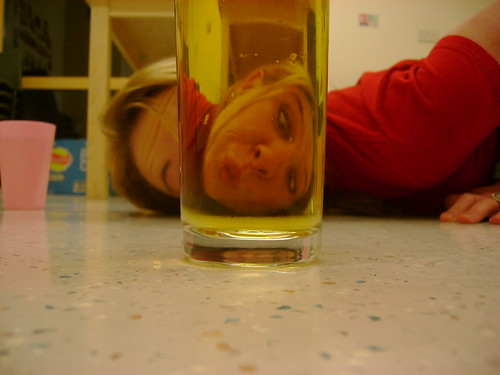 No, but it will make you think you’re functioning better:

The consumption of alcohol mixed with energy drinks (AmED) has become a popular and controversial practice among young people. Increased rates of impaired driving and injuries have been associated with AmED consumption. The purpose of this study was to examine if the consumption of AmED alters cognitive processing and subjective measures of intoxication compared with the consumption of alcohol alone. Eighteen participants (nine men and nine women) attended four test sessions where they received one of four doses in random order (0.65g/kg alcohol, 3.57 ml/kg energy drink, AmED, or a placebo beverage). Performance on a psychological refractory period (PRP) task was used to measure dual-task information processing and performance on the Purdue pegboard task was used to measure simple and complex motor coordination following dose administration. In addition, various subjective measures of stimulation, sedation, impairment, and level of intoxication were recorded. The results indicated that alcohol slowed dual-task information processing and impaired simple and complex motor coordination. The coadministration of the energy drink with alcohol did not alter the alcohol-induced impairment on these objective measures. For subjective effects, alcohol increased various ratings indicative of feelings of intoxication. More importantly, coadministration of the energy drink with alcohol reduced perceptions of mental fatigue and enhanced feelings of stimulation compared to alcohol alone. In conclusion, AmED may contribute to a high-risk scenario for a drinker. The mix of behavioral impairment with reduced fatigue and enhanced stimulation may lead AmED consumers to erroneously perceive themselves as better able to function than is actually the case.