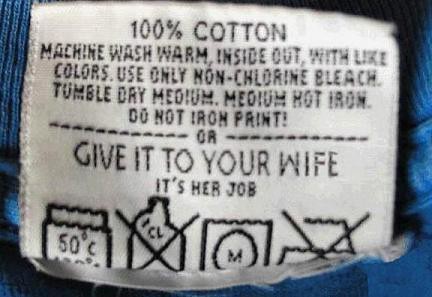 Via Your Pinkie Is More Powerful Than Your Thumb: And 333 Other Surprising Facts That Will Make You Wealthier, Healthier and Smarter Than Everyone Else:

Men who say women should have a traditional role made $8,549 more than other men, according to researchers who analyzed data and interviewed workers. Why? Here are two theories: (1) men with old-fashioned values negotiate salaries more aggressively because they are more likely to be their families’ only breadwinners, while other men consider aggressive negotiation to be unattractive, alpha-male behavior; and (2) employers unconsciously pay less attention to men who think everyone, women included, should be treated equally.