Are women at the bank less attractive? 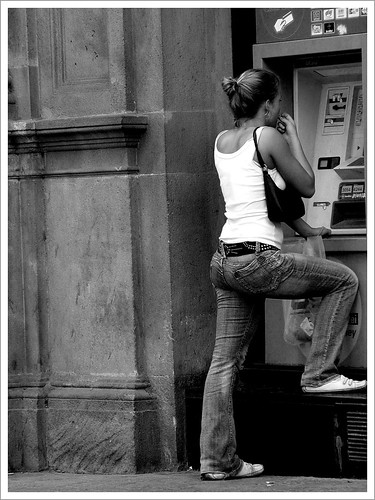 It might feel that way for guys: holding a large amount of money makes men raise their standards in women.

Resources are a cardinal component of male mate value in the sexual exchange between men and women. Inspired by theories and research suggesting a link between mating and resource constructs as well as studies linking money and valuations of others, the current study tests the hypothesis that cues to resource availability may lead to higher mating standards for men, but not women. Participants were exposed to either stacks of paper, a small sum of money (104 Singapore dollars ∼USD$84), or a large sum of money (2600 Singapore dollars ∼USD$2100). Consistent with the hypothesis, after male – but not female – participants handled a large sum of money, they raised their minimum requirements for a date. We discuss how the results are consistent with an evolutionary perspective on mating and how future research can further investigate environmentally contingent self-assessments and strategies.

► Differential exposure to resources did not alter women’s mating standards.

► Having resources lead to increased mating opportunity for men more than women.