Why do we daydream? Is it good for us? 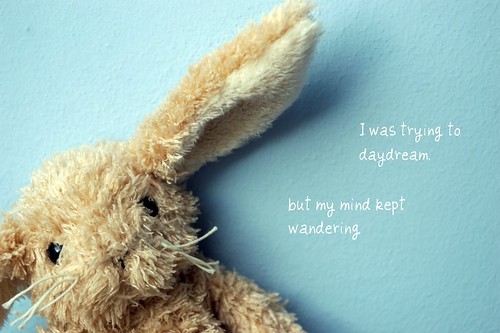 You spend up to 8 minutes of every hour daydreaming. Your mind will probably wander for 13% of the time it takes you to read this post. Some of us spend 30-40% of our time daydreaming.

Do you remember what the previous paragraph was about? It’s OK, I’m not offended. Chances are that your mind will wander for up to eight minutes for every hour that you spend reading this book. About 13 percent of the time that people spend reading is spent not reading, but daydreaming or mind-wandering. But reading, by comparison to other things we do, isn’t so badly affected by daydreaming. Some estimates put the average amount of time spent daydreaming at 30 to 40 percent.

In fact, it may be our default state:

This overlap between mind-wandering and the default state of the brain has led researchers to speculate that “mind-wandering constitutes a psychological baseline from which people depart when attention is required elsewhere and to which they return when tasks no longer require conscious supervision.”

So why do we do it? It may be a form of problem-solving:

…the content of people’s daydreams reflected the kinds of coping strategies that they typically employed to solve problems. This suggests that the wandering mind might actually be off searching for ways to cope with the stresses of everyday life. You may not know exactly how to deal with your man troubles, but your wandering mind is working on it. Daily troubles aren’t the only problems that mind-wandering might help us solve. Allowing the mind to amble in slothful bliss may actually improve performance on other kinds of tasks as well. One of the most interesting things about this slothful pastime is that it involves the same brain regions that are active when people are solving insight puzzles.

This doesn’t mean daydreaming is necessarily good. As Daniel Gilbert, author of Stumbling on Happiness, explained in the Harvard Gazette, a wandering mind is not a happy mind:

People spend 46.9 percent of their waking hours thinking about something other than what they’re doing, and this mind-wandering typically makes them unhappy. So says a study that used an iPhone Web app to gather 250,000 data points on subjects’ thoughts, feelings, and actions as they went about their lives.

Killingsworth and Gilbert, a professor of psychology at Harvard, found that people were happiest when making love, exercising, or engaging in conversation. They were least happy when resting, working, or using a home computer.

“Mind-wandering is an excellent predictor of people’s happiness,” Killingsworth says. “In fact, how often our minds leave the present and where they tend to go is a better predictor of our happiness than the activities in which we are engaged.”

The researchers estimated that only 4.6 percent of a person’s happiness in a given moment was attributable to the specific activity he or she was doing, whereas a person’s mind-wandering status accounted for about 10.8 percent of his or her happiness.

Time-lag analyses conducted by the researchers suggested that their subjects’ mind-wandering was generally the cause, not the consequence, of their unhappiness.

To learn how to stop being lazy and get more done, click here.