Which countries most embody the seven deadly sins? Which US cities do? 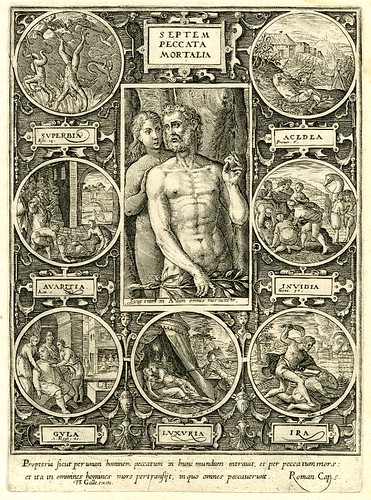 Geographer Thomas Vought, of Kansas State University, recently examined America’s sinscape, mapping the sinful peaks and vice-filled valleys of counties across the United States. Vought and his colleagues used statistics from different databases to compute sin indexes: violent crime stats to measure anger, prevalence rates of sexually transmitted infections to measure lust, and the number of fast-food chains per capita to measure gluttony. The basic message of Vought’s research: the seven deadly sins are alive and well. Here, by the way, are the winners:

To which I say: What the hell is going on in Louisiana and Mississippi?

Using metrics similar to those used by Thomas Vought and colleagues in their mapping of US sins— theft statistics for envy, BMI for gluttony, number of sick days for sloth— the BBC compiled the following list of winners:

With just a hint of pride (the authentic variety, of course), I’m happy to say that, overall, Australia was deemed the world’s most sinful nation. I do feel sorry for those who came close— the United States in second place and Canada third— and sorrier still for those that didn’t make the list at all (Greenland, anybody?). But virtuous Greenlanders and those like them need not worry, for it seems that there might be other ways to take the mantle of “world’s most sinful.”

Can lust make you smarter?

Which of the seven deadly sins do men and women confess to the most?

Do social networks succeed when they tap into the 7 Deadly Sins?