The Formula That Predicts How Long Celebrity Marriages Will Last 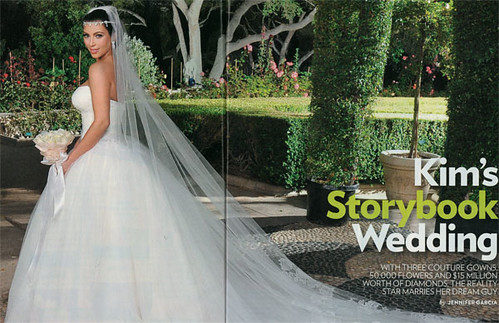 Garth, a self-professed über-geek, has crunched the numbers and discovered a better way to gauge the toxic effects of celebrity. Whereas the old equation measured fame by counting the millions of Google hits, the new equation uses a ratio of two other measures: the number of mentions in The Times divided by mentions in The National Enquirer.

“This is a major improvement in the equation,” Garth says. “It turns out that overall fame doesn’t matter as much as the flavor of the fame. It’s tabloid fame that dooms you. Sure, Katie Holmes had about 160 Enquirer hits, but she had more than twice as many NYT hits. A high NYT/ENQ ratio also explains why Chelsea Clinton and Kate Middleton have better chances than the Kardashian sisters.”

Garth’s new analysis shows that it’s the wife’s fame that really matters. While the husband’s NYT/ENQ ratio is mildly predictive, the effect is so much weaker than the wife’s that it’s not included in the new equation. Nor are some variables from the old equation, like the number of previous marriages and the age gap between husband and wife.

In the fine tradition of Occam’s razor, the new equation has fewer variables than the old one. Besides the wife’s tabloid fame, the crucial ones are the spouses’ combined age (younger couples divorce sooner), the length of the courtship (quicker to wed, quicker to split), and the sex-symbol factor (defined formally as the number of Google hits showing the wife “in clothing designed to elicit libidinous intent”).

“I’ve calculated the chance of Khloe Kardashian and Lamar Odom celebrating their golden anniversary,” he says, “Even when I extend it to 15 decimal places, the probability is still zero.”

Are celebrity stalkers more likely to be male or female?

Is being fascinated by celebrities a fundamentally female trait?

What makes you one of the top 100 most powerful celebrities: beauty, intelligence or talent?