Does your name affect everything in your life? 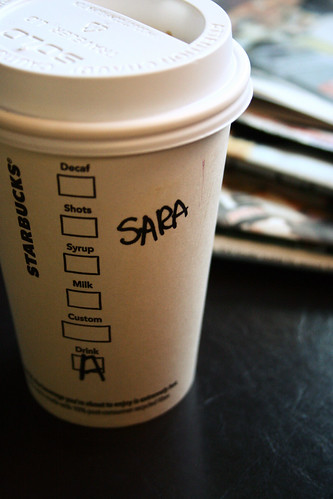 Your name can affect your grades in school and how isolated or inferior you feel:

Previous work has shown that people with names that have positive associations do especially well in life. For example, teachers tend to award higher essay grades to children who they believe have more likeable names (Rose, for instance), college students whose names have undesirable associations experience high levels of social isolation, and those whose surnames happen to have negative connotations (such as Short, Little, or Bent) are especially likely to suffer feelings of inferiority.

Initials are incredibly powerful too. They might be able to kill you:

As noted in Quirkology, research by Nicholas Christenfeld and his coworkers at the University of California suggests that a person’s initials may become an issue of life or death. After analyzing a huge computerized database containing millions of Californian death certificates, they discovered that men with positive initials (such as A.C.E., H.U.G., and J.O.Y.) lived about four and a half years longer than average, whereas those with negative initials (such as P.I.G., B.U.M., and D.I.E.) died about three years early. Women with positive initials lived an extra three years, although there was no detrimental effect for those with negative initials.

And this isn’t a rare phenomenon:

New research, conducted in 2007 by Leif Nelson and Joseph Simmons, indicates that these effects are not just limited to the relatively small number of people whose initials happen to make especially positive or negative words. Instead, according to their work, even the hint of initial-based positivity or negativity is enough to exert a major influence on people’s lives.

Thinking of changing your name? Pick one that starts with a letter at the beginning of the alphabet:

Remarkable as it may seem, the results revealed that students with first or last names starting with an A or a B had obtained significantly higher grade point averages than those beginning with the letters C or D.

Especially if you’re eyeing a career in law:

Or if you want to be an economist:

In 2006 American economists Liran Einav and Leeat Yariv analyzed the surnames of academics working in economics departments at U.S. universities and found that those whose initials came early in the alphabet were more likely to be in the best-rated departments, become fellows of the Econometric Society, and win a Nobel Prize.

5 things you didn’t know about names

Do we like people and things more when their names are similar to ours?