Does the color of your plate affect how sweet dessert tastes? 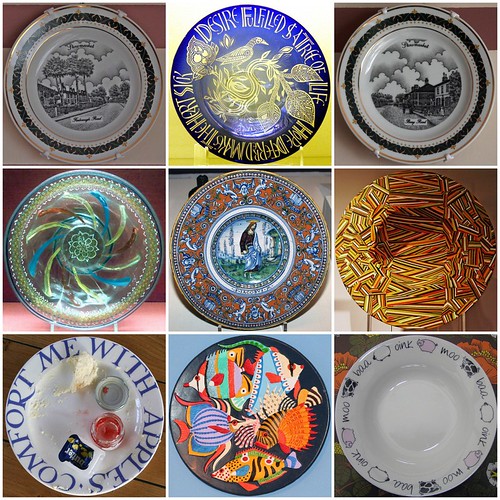 In the journal Food Quality and Performance, Spanish researchers describe an experiment in which 53 volunteers rated two samples of strawberry mousse for sweetness, flavor intensity, and overall quality. For half the participants, the first serving was on a black plate, the second on a white one; for the others, the order was reversed.

Vaughan Bell points to a study showing that bowl color affects the flavor of popcorn:

The flavour and pleasantness of food and drinks are affected by their colour, their texture or crunch, and even by the shape and weight of the plate or glass. But, can the colour of the bowl also affect the taste of the food it contains? To answer this question we served popcorn in four different coloured bowls, and participants rated sweetness, saltiness, and overall liking. The sweet popcorn, in addition to being sweet, was perceived as saltier when eaten out of a coloured (as compared to a white) bowl, and vice versa for the salty popcorn. These results demonstrate that colour in bowl design can be used to elicit perceptions of sweetness and saltiness in real foods.

Brian Wansink, author of Mindless Eating: Why We Eat More Than We Think, has done fascinating research showing how color contrast dramaticallly affects how much we eat: