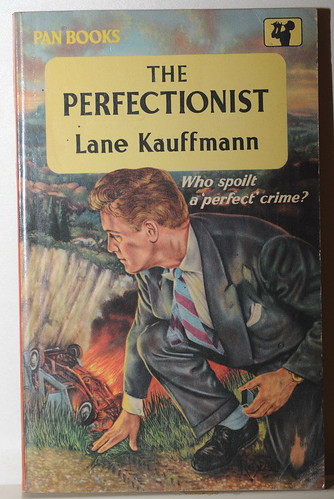 Researchers at the Canadian Dalhousie University found compelling evidence of the latter— psychology professors with perfectionist strivings had fewer journal articles, fewer citations, and were published in less prestigious journals than their messy-and-proud peers.

However, for athletes perfectionism can be a good thing:

The findings suggest that perfectionism is not necessarily a maladaptive characteristic that generally undermines sport performance. Instead, when learning a new training task, perfectionism may enhance performance and lead to performance increments over repeated trials.

Source: “Perfectionism and performance in a new basketball training task: Does striving for perfection enhance or undermine performance?” from Psychology of Sport and Exercise, Volume 9, Issue 5, September 2008, Pages 620-629

So it may depend on the area you’re working in.

One more thing to keep in mind: it also might kill you:

The major hypothesis of the study was that perfectionism as a personality trait, along with the five-factor personality traits and dispositional optimism, is strongly associated with mortality in late life. After baseline assessment of health and personality traits as predictors of mortality, 450 participants were followed over a period of 6.5 years. Consistent with our hypotheses, findings demonstrated that risk of death was significantly greater for high scorers in perfectionism and neuroticism, compared to low scorers at the time of base line. Conversely, risk of death was significantly lower for high scorers in conscientiousness, extraversion and optimism. Implications for health and longevity are discussed.

Source: “Perfectionism and the Five-factor Personality Traits as Predictors of Mortality in Older Adults” from Journal of Health Psychology