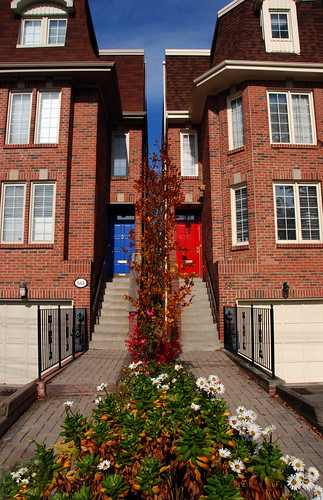 You seek out friends who are similar to you. Similarity only increases marginally post-friendship.

“There’s this old question in sociology asking why your opinions and interests are similar to those of your friends,” says MacArthur genius and Cornell computer scientist John Kleinberg. “Do your friends influence you to become more like them, or do you seek out like-minded friends?” Kleinberg answered this question using Wikipedia, where you can quantifiably see that people who talk have similar editing behavior. Great, you’re like your friends. Only, by downloading the multiterabyte file that holds all of Wikipedia’s history, Kleinberg was able to ask if “similarity in editing behavior started before or after people started talking to each other.” What you see is this: “As people get closer to each other in the network, their editing behaviors become much more similar,” says Kleinberg, “but after they meet, their editing becomes only marginally more similar.” So the answer to sociology’s question is this: You seek out like-minded friends.