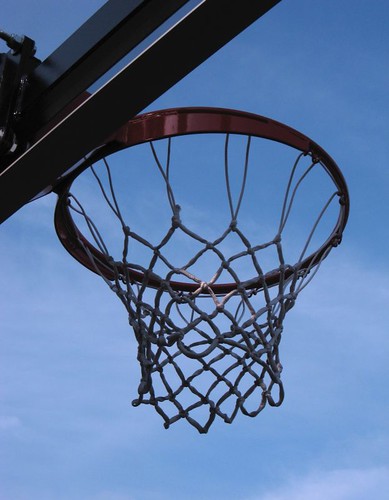 Since very soon everyone will be watching basketball and no one will be doing any work, I figured it would be good to look at the scientific research on sports so you can improve your bracket.

Tip #1: Going with your gut only works for experts.

Do you really know college basketball inside and out? If so, research says stop thinking and go with your instinct:

…for the experts who spent time not thinking about their predictions, there was a correlation between their ranking knowledge and predictive accuracy. Not consciously thinking about the problem at hand seemed to ensure that experts paid due attention to the most important factor affecting match outcomes.

(If you aren’t a total expert, keep reading.)

Tip #2: Stop predicting so many upsets.

Every year, billions of dollars are spent gambling on the outcomes of the NCAA men’s basketball tournament. This study examines how individuals make predictions for tournament pools, one of the most popular forms of betting, in which individuals must correctly predict as many games in the tournament as possible. We demonstrate that individuals predict more upsets (i.e., wins by a higher seeded team) than would be considered rational by a normative choice model, and that individuals are no better than chance at doing so. These predictions fit a pattern of probability matching, in which individuals predict upsets at a rate equal to past frequency. This pattern emerges because individuals believe the outcomes of the games are nonrandom and, therefore, predictable.

The author of the paper explains:

“Picking the lower seed is a good strategy, but people think, ‘I can’t win by doing that because everyone else is doing this,'” said Ed Hirt, professor in IU Bloomington’s Department of Psychological and Brain Sciences. “The upsets people pick are no better than chance. People have this idea that they know how many upsets will occur, but can they predict the ones that will occur? They pick upsets but not the right ones and end up sabotaging their efforts.”

Other studies have shown that making NCAA bracket predictions based on rankings from other experts, such as sportswriter polls or gambling bookies, are no more successful than choosing the lower seeds.

Tip #4: Remember That Teams Are Not Reseeded.

Higher seeds make it to the second round more often than lower seeds but this predictability breaks down in later rounds:

Tournament design is of crucial importance in competitive sports. The primary goal of effective tournament design is to provide incentives for the participants to maximize their performance both during the tournament and in the time period leading up to the tournament. In spectator sports, a secondary goal of tournament design is to also promote interesting match ups that generate fan interest. Seeded tournaments, in general, promote both goals. Teams or individuals with strong performances leading up to a tournament receive higher seeds which increase their chances of progressing further in the tournament. Furthermore, seeding ensures that the strongest teams or players are most likely to meet in the final rounds of the tournament when fan interest is at its peak. Under some distributions of team or player skill, however, a seeding system can introduce anomalies that could affect incentives. Our analysis of the NCAA men’s basketball tournament uncovers such an anomaly. The seeding system in this tournament gives teams with better success in the regular season more favorable first round match ups, but the tournament is not reseeded as the games progress. Therefore, while higher seeds progress to the 2nd round of the tournament at uniformly higher rates than lower seeds, this relationship breaks down in later rounds. We find that 10th and 11th seeds average more wins and typically progress farther in the tournament than 8th and 9th seeds. This finding violates the intended incentive structure of seeded tournaments.

Source: “Anomalies in Tournament Design: The Madness of March Madness”

Some other factors from sports science you might want to take into consideration:

Most of you are probably still going to go with your gut or your favorite teams.

This doesn’t bother me in the least because science has shown there’s a cure for gambling superstitions: Losing.