Are people nicer where the pace of life is slower? 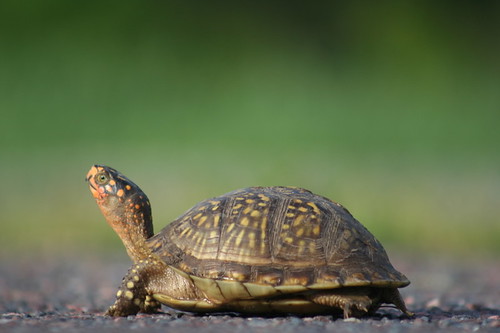 In 2008, with Stephen Reysen and Ellen Ganz, both also at California State University at the time, Levine asked: does the pace of life in cities have any effect on helping behavior? Here’s what these researchers did to answer this question. First, they measured the pace of life in twenty-four US cities. These cities were sampled from the stereotypically torpid South (e.g., Louisville, Nashville, Dallas), through the West and Midwest, and up to the frenetic Northeast (e.g., New York, Boston). In each of these cities, the researchers measured pedestrian walking speed across sixty feet as an indication of pace of life. (Just for the record, New York doesn’t top the list of fastest US cities. It ranks seventh, with people taking an average of 13.10 seconds to cover sixty feet. San Francisco is the fastest at 12.44 seconds.)

The researchers then had someone pretending to be limping drop magazines, change, etc. to see if people passing by would help pick them up:

So does walking speed influence any of these helping behaviors? It certainly does. Whether it’s picking up pens or magazines, or searching for change, people in slower cities do more of it.

Also interesting, countries with a faster pace of life were more productive, individualistic and colder. They also had higher rates of death from coronary heart disease and were also happier:

This study compared the pace of life in large cities from 31 countries around the world. Three indicators of pace of life were observed: average walking speed in downtown locations, the speed with which postal clerks completed a simple request (work speed), and the accuracy of public clocks. Overall, pace of life was fastest in Japan and the countries of Western Europe and was slowest in economically undeveloped countries. The pace was significantly faster in colder climates, economically productive countries, and in individualistic cultures. Faster places also tended to have higher rates of death from coronary heart disease, higher smoking rates, and greater subjective well-being. Discussion focuses on how the pace of life is intertwined with the social-psychological and community characteristics of a culture, and the central role of pace of life in defining the personality of a place and its people.

Source: “The Pace of Life in 31 Countries” from Journal of Cross-Cultural Psychology