What does your choice of social networking site say about you? 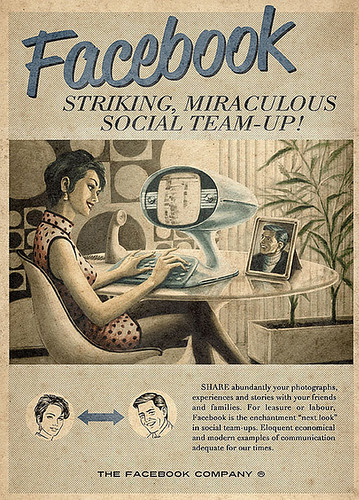 Facebook is more likely to be used to forge social ties and combat loneliness. Twitter is more about social procrastination.

Via the excellent BPS Research Digest:

People who used Facebook mostly for socialising tended to score more highly on sociability and neuroticism (consistent with past research suggesting that shy people use the site to forge social ties and combat loneliness). Social use of Twitter correlated with higher sociability and openness (but not neuroticism) and with lower scores on conscientiousness. This suggests that social Twitter users don’t use it so much to combat loneliness, but more as a form of social procrastination.

As an informational tool, Facebook users “seek and share information as a way of avoiding more cognitively demanding sources such as journal articles and newspaper reports.”

Twitter users are the opposite: they use the site for cognitive stimulation without socializing:

The researchers interpreted these patterns as suggesting that Facebook users seek and share information as a way of avoiding more cognitively demanding sources such as journal articles and newspaper reports. Twitter users, by contrast, use the site for its cognitive stimulation – as a way of uncovering useful information and material without socialising (this was particularly true for older participants).

Simplifying the results, one might say that Facebook is the more social of the two social networking sites, whereas Twitter is more about sharing and exchanging information.

Take the results with a grain of salt though. Personality explained less than 20% of why people used either service, the sample was primarily female and all data was self-reported.

Can I predict how happy you’ll be in the coming years by looking at your Facebook profile?