Is postponement the key to resisting temptation? 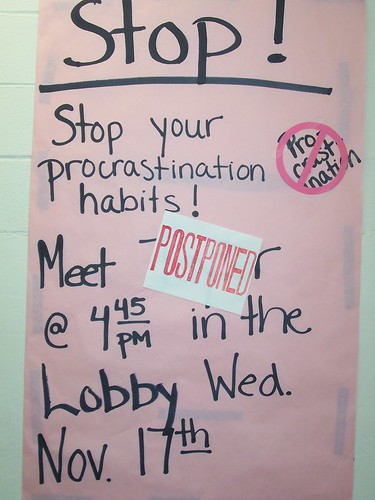 Telling yourself “Not now, but later” is far more powerful than “No, you can’t have that.”

…people who had told themselves Not now, but later were less troubled with visions of chocolate cake than the other two groups…

Those in the postponement condition actually ate significantly less than those in the self-denial condition…The result suggests that telling yourself I can have this later operates in the mind a bit like having it now. It satisfies the craving to some degree—and can be even more effective at suppressing the appetite than actually eating the treat. During that final part of the experiment, when all the people were left alone with a bowl of M&M’s, the ones who’d postponed pleasure ate even less than the people who had earlier allowed themselves to eat the candy at will. Moreover, the suppression effect seemed to last outside the laboratory. The day after the experiment, all the people were sent an e-mail with a question: “How much do you desire M&M candies at this very moment, if someone offered them to you?” Those who had postponed gratification reported less desire to eat the candy than either the people who had refused the pleasure outright or those who had eaten their fill.

It takes willpower to turn down dessert, but apparently it’s less stressful on the mind to say Later rather than Never. In the long run, you end up wanting less and also consuming less.