Is awe the cure for feeling time-strapped and depressed? 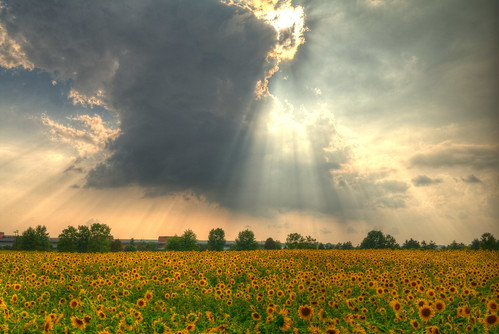 Yes. Might be time to visit the Grand Canyon or take in an amazing sunset.

Psychological scientists think so, too, and indeed there has been burgeoning interest in this powerful but neglected emotion. One team of scientists—Melanie Rudd and Jennifer Aaker of Stanford and Kathleen Vohs of Minnesota—have come to believe that experiencing awe may have all sorts of tonic effects, including a better sense of perspective on time and priorities, more patience and charity toward others, and generally more satisfaction with life.

…those who were primed to feel awe—those volunteers also saw time as much more expansive, less constricted. They felt free of time’s pressure.

And what were the downstream results of this new time perspective? There were several, which the scientists describe in a forthcoming issue of the journal Psychological Science: Those who felt they had more available time were less impatient; they were more willing to volunteer their time to help others; and they were less materialistic, preferring new experiences like a Broadway show over new goods, like a watch. Overall, the awe-inspired volunteers were much more satisfied with their lives.

What are your relationships worth, in dollars?