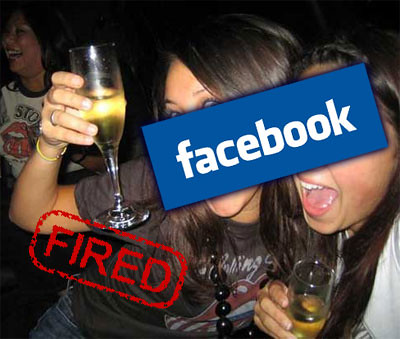 After spending roughly 10 minutes perusing each profile, including photos, wall posts, comments, education and hobbies, the raters answered a series of personality-related questions, such as “Is this person dependable?” and “How emotionally stable is this person?”

Six months later, the researchers matched the ratings against employee evaluations from each of the students’ supervisors. They found a strong correlation between job performance and the Facebook scores for traits such as conscientiousness, agreeability and intellectual curiosity.

Raters generally gave favorable evaluations to students who traveled, had more friends and showed a wide range of hobbies and interests. Partying photos didn’t necessarily count against a student; on the contrary, raters perceived the student as extroverted and friendly, says Don Kluemper, the lead researcher and a professor of management at Northern Illinois University.

The findings show that Facebook could be used as a reliable job-screening tool, he says, especially since candidates would have a hard time “faking” their personalities in front of their friends.