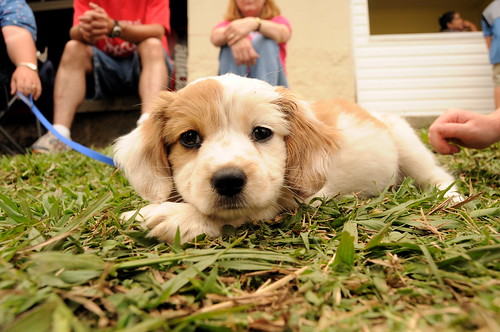 After carefully following the recovery rates of patients who had suffered a heart attack, Friedmann discovered that those who were dog owners, compared to those without a canine pal, were almost nine times more likely to be alive twelve months later. This remarkable result encouraged scientists to explore other possible benefits of canine companionship, resulting in studies showing that dog owners coped well with everyday stress, were relaxed about life, had high self-esteem, and were less likely to be diagnosed with depression.

In fact, they’re more health promoting than a spouse is.

The participants had lower heart rates and blood pressure and made far fewer errors on the counting task in the presence of dog than they did if their partner was present—scientific evidence, if any is needed, that your dog is better for your health than your husband or wife is.

And this isn’t true for cat owners.

Interestingly, the same cannot be said for cats. Some studies show that living with a cat may help alleviate negative moods but is unlikely to make you feel especially good, and others suggest that cat owners may actually be more likely than others to die in the twelve months following a heart attack.

And it’s causal, not correlative.

She assembled a group of city stockbrokers who suffered from hypertension, randomly divided them into two groups, and gave each person in one group a dog to look after. Both groups had their blood pressure monitored over a six-month period. The results revealed that the stockbrokers with dogs were significantly more relaxed than those in the control group. In fact, when it came to alleviating the effects of mental stress, the dogs proved more effective than one of the most commonly used drugs to treat hypertension. More important, as the people were randomly assigned to the “dog” and “no dog” condition, there was no difference in personality between the groups, and so that factor could not account for the findings. In addition to feeling less stressed, the hard-nosed city types had become emotionally attached to their animals, and none of them accepted the opportunity of returning their newfound friends at the end of the study.

5 things you didn’t know about pets