2 Proven Tricks For Focusing Your Mind And Increasing Performance 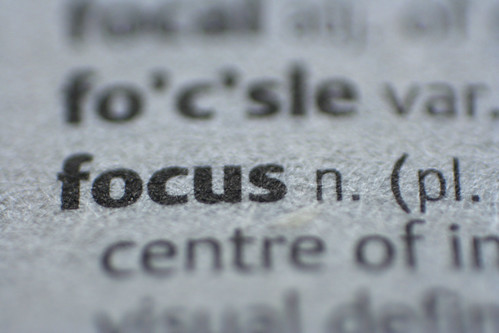 Self-leadership theory can be described as the ‘process of influencing oneself’ as opposed to the influence of leaders over followers (Manz, 1983, 1986). We focus on and develop a model for a particular aspect of self-leadership – thought self-leadership emphasizing two primary elements, self-talk and mental imagery. The major thrust of this model is that employees can influence or lead themselves by utilizing specific cognitive strategies that focus on individual self-dialogue and mental imagery. It is proposed that constructive thought management through the effective application of cognitive strategies can lead to enhanced individual and organizational performance.

Self-talk or self-verbalizations can be simply defined as what we covertly tell ourselves (Ellis, 1962). Weick (1979) suggested the relevance of this cognitive strategy to organizations as he argued that ‘organizations are presumed to talk to themselves’ (p. 133). Similarly, Manz (1983, 1986, 1992) and Manz and Sims (1989) have suggested the potential of self-talk as a self-influencing tool for improving the personal effectiveness of employees and managers. Various studies in a number of different fields have provided support for the relationship between an individual’s self-talk and performance.

For example, in the field of sports psychology, Mahoney and Avener (1977) studied 12 elite gymnasts competing for births on the 1976 men’s U.S.A. Olympic team. Their findings indicated that self-verbalizations differentiated the best gymnasts from those who failed to make the Olympic team those that became members of the Olympic team practiced self-talk, non- members did not. Similarly, Meyers et al.’s (1979) study of nine male members of a university racquetball team found that better performersexhibited more frequent self-statements in training and competition. Finally, Kendall et al. (1990) investigated the effects of self-talk combined with mental imagery and relaxation on the performance of a defensive basketball skill (cutting off the offensive players’ baseline path to the hoop).

Is this something I can learn to do? Yes.

What about mental imagery? It’s visualizing yourself doing things and doing them well:

Does it work? Is this something I can learn to do? Absolutely:

Studies in the counseling education discipline parallel the findings in sports psychology and suggest that mental imagery can enhance the performance of counselors. Hazler and Hipple (1981) found that neophyte counselors trained in imagery to practice interviews exhibited superior performance in comparison to counselors not receiving this training. Similarly, a study of Masters of Counseling Education candidates’ ability to acquire test interpretation skills indicated that mental imagery can lead to successful performance on complex higher order skills such as decision-making and strategy formulation (Baker et al. 1985).