Nonverbally, what signifies dominance more than anything else? 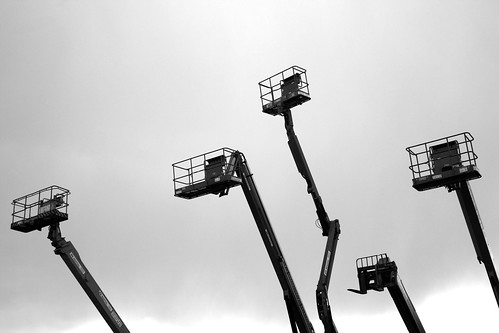 Might want to stand up straight and get a taller chair if you’re trying to appear powerful.

Elevation wins by a landslide:

Building on some concepts and methods recently introduced by Spiegel and Machotka, this investigation deals with four common nonverbal signifiers of social dominance: lateral opposition, precedence, posture (sitting and standing), and elevation. Our concern is to know how interdependent these signifiers may be and whether they are equally meaningful as indicators of dominance. An analysis of variance of 64 male and female figure drawings shows that elevation accounts for about two-thirds of the explained variation in dominance attribution. Lateral opposition effects are the weakest, while effects of intermediate strenght are found for precedence and posture. Interaction among these elements contributes very little to the attribution of dominance. In no instance are these results affected by sex of rater or sex of drawn figures. The hierarchy of dominance cues that emerges from these findings is discussed in connection with recent developments in the social psychology of power symbolism.
Source: “Dominance cues in nonverbal behavior” from Social Psychology Quarterly (1982), Volume: 45, Issue: 2, Publisher: American Sociological Association, Pages: 114–120