Does Jane Austen’s vision of women line up with what science knows? 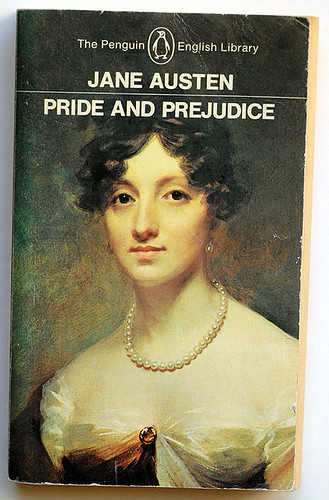 Empirical Literary Darwinists investigate how themes and patterns predicted by human evolutionary theory are evident in fictive works. The current study fills an important gap in this emerging literature, and provides additional information in an area currently underrepresented in human evolutionary research in general. Previous research demonstrated how proper and dark male heroes in British Romantic literature represent high paternal investment and high mating effort strategies, respectively. This past work showed that people infer reproductively relevant behaviors from brief character depictions, and report preferring interactions with these characters in ways that would enhance their own reproductive success. We conducted a similar experiment investigating variation in female reproductive strategies depicted by six female characters in novels written by Jane Austen. Three women were described as loyal, quiet, “mother” figures, while three were described as active, boisterous and untamed “lover” figures. Results show that men recognize the distinct strategies, expressing a preference to marry the “mother” and realizing that the “lover” would be more likely to cheat on them. Women recognize that men would prefer the “lover” for sexual relations, and believe that the “mother” would be better with children and a better mother. Once again, people intuitively recognized reproductively relevant behavior from brief character sketches. Austen’s intuitive evolutionary psychology may be one reason why her works remain so popular and well respected nearly 200 years after their publications.

Source: “PRIDE AND PREJUDICE OR CHILDREN AND CHEATING? JANE AUSTEN’S REPRESENTATIONS OF FEMALE MATING STRATEGIES” from Journal of Social, Evolutionary, and Cultural Psychology, 2010, 4(4), 317-331.

You can read Jane Austen’s books for free here with the free Kindle app.