Can you tell how driven a US President is by looking at his face? 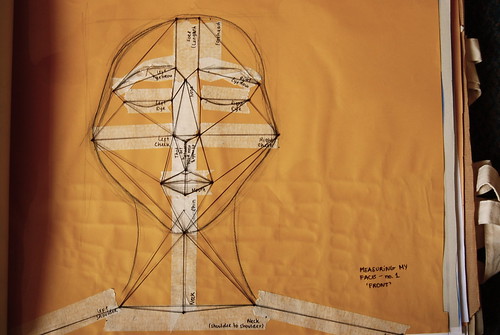 I’ve posted a great deal about what we can tell about people by looking at their faces:

and did a piece about it in Wired Magazine.

Here’s a new study showing that facial width-to-height ratio is correlated with achievement drive in US Presidents:

Facial width-to-height ratio (fWHR) has been associated with aggression, unethical behavior, company profit, and dominance; however, it is currently unclear whether this facial trait relates to politically relevant character traits. Here we examine fWHR in an elite sample of political leaders, former US presidents (n = 29), who were rated for forcefulness, pacifism, inflexibility, and achievement drive; traits potentially linked to fWHR. The first three of these traits were unrelated to fWHR, but we found a positive association between fWHR and achievement drive (r = .58, p < .01), and a negative association to the trait “poise and polish” (r = −.38, p < .05). These results extend associations of behavior with facial structure to individuals in the highest echelons of power, suggest connections from biology to politically relevant character traits, and indicate that fWHR may also be associated with achievement-striving alongside associations with dominance and aggression.

Adds to an interesting list of studies showing how appearance is so important in politics.

Research also shows we can tell if someone is a Republican or Democrat just by looking at their face and conservative politicians are better looking than liberals.