Can seeing a briefcase make you more competitive? 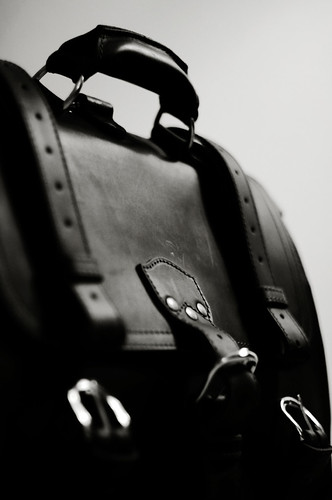 Seeing briefcases or other business-related items made people think and act more competitively.

Wheeler and three other researchers, including Aaron Kay and Lee Ross from Stanford’s psychology department, carried out a number of studies in which they exposed individuals to objects common to the domain of business, such as boardroom tables and briefcases, while another group saw neutral objects such as kites and toothbrushes. They then gave all of the participants tasks designed to measure the degree to which they were in a cooperative or competitive frame of mind.

In every case, participants who were “primed” by seeing the business objects subsequently demonstrated that they were thinking or acting more competitively. The effect was the strongest when they had to respond in situations that were deliberately ambiguous. When questioned, however, participants denied that being exposed to business-related objects had influenced their behavior in any way.

“People are always trying to figure out how to act in any given situation, and they look to external cues to guide their behavior particularly when it’s unclear what’s expected of them,” Wheeler says. “When there aren’t a lot of explicit cues to help define a situation, we are more likely to act based on cues we pick up implicitly.” Simple exposure to business-related objects, it turns out, can activate the “cognitive components” that are associated with competitive behavior, he says.

“These are pretty big effects with pretty minor manipulations,” he says. The fact that participants were unaware that their behavior had been influenced even when this fact was pointed out to them in the debriefing after the experiment is also significant. “We’re simply not conscious of how many of the things all around us affect our behavior,” he notes.