Can gossip be a good thing? 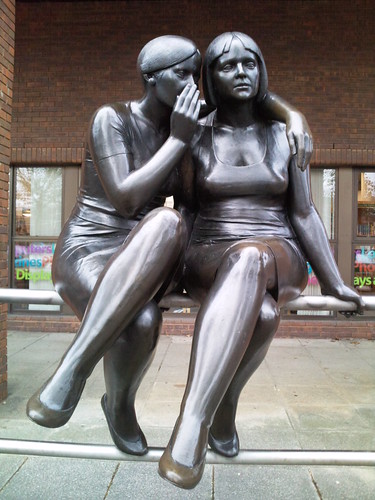 Definitely. It helps police bad behavior in a social network and relieves stress.

For centuries, gossip has been dismissed as salacious, idle chatter that can damage reputations and erode trust. But a new study from the University of California, Berkeley, suggests rumor-mongering can have positive outcomes such as helping us police bad behavior, prevent exploitation and lower stress.

“Gossip gets a bad rap, but we’re finding evidence that it plays a critical role in the maintenance of social order,” said UC Berkeley social psychologist Robb Willer, a coauthor of the study published in this month’s online issue of the Journal of Personality and Social Psychology.

The study also found that gossip can be therapeutic. Volunteers’ heart rates increased when they witnessed someone behaving badly, but this increase was tempered when they were able to pass on the information to alert others.

“Spreading information about the person whom they had seen behave badly tended to make people feel better, quieting the frustration that drove their gossip,” Willer said.