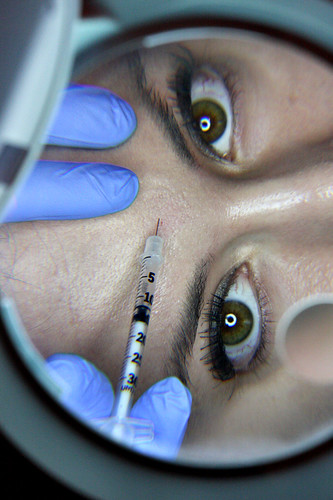 It’s only one small study but the results are pretty impressive:

Removing frown lines made subjects look happier. This affected how others treated them and made the subjects feel happier. Nine out of ten were no longer depressed and all ten improved.

The participants were ten clinically depressed patients whose depressions had not responded to treatment by either drugs or psychotherapy. In other words, nothing had worked. They all were women, thirty-six to years of age, and they had been depressed for periods ranging from two to seventeen years. All the patients were administered muscle-paralyzing botulinum toxin A—aka Botox—to their frown lines (on the bridge of the nose, between the eyebrows, and slightly above them). Two months later, nine out of the ten participants were no longer depressed, and the tenth had much improved. Although it comes from an admittedly preliminary study, this is a stunning finding. Undoubtedly, removal of the frown lines makes other people perceive you as happier (and more attractive), and as this investigation shows, people actually do feel happier.

10 things you need to know to be happier