Why do we always root for the underdog? 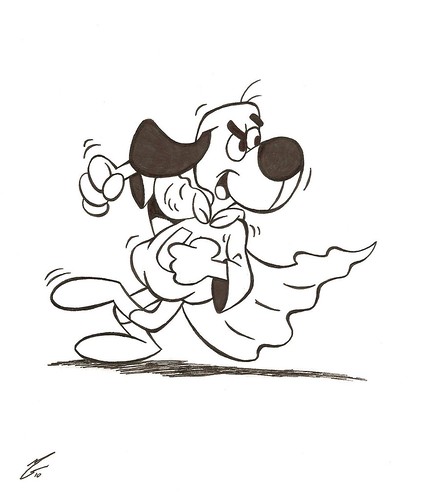 Daniel Engber has a long and fascinating piece in Slate about the psychology of underdogs. It references a few studies to answer the question, “Do we really love underdogs?”

In 1991, a pair of researchers at Bowling Green State University, Jimmy Frazier and Eldon Snyder, published a paper on what they called “the underdog concept in sport.” Frazier and Snyder posed a simple hypothetical scenario to more than 100 college students: Two teams, A and B, were meeting in a best-of-seven playoff series for some unidentified sport, and Team A was “highly favored” to win. Which team would the students root for?

Then the students were asked to imagine that Team B had somehow managed to win the first three games of the series. Would the subjects root for the sweep or switch allegiance to the favorite? Half of those who first picked the underdog now said they’d support Team A. It was the same, cockamamie approach I’d taken to Butler and Michigan State: Root, root, root for the losing team—no matter what.

Goldschmied repeated the experiment twice more, replacing the rugby teams with mayoral candidates and then a pair of businesses competing for a contract. In each case, the results were the same: The mere act of labeling one side as an underdog made the students think they were more likely to win.

Why? Doesn’t “everyone love a winner”?

Rooting for the underdog is the emotionally maximizing choice:

…it may be smarter to gamble your emotions on the team that’s most likely to reward you with a stirring victory—and that’s least likely to crush your soul. For Frazier and Snyder, that means betting on the underdog: If they win, it’s the greatest feeling in the world. And if they lose—well, you kind of knew that would happen all along. The same reasoning applies in reverse: If you’re pulling for the favorite, then a loss cuts extra deep, while a victory merely delivers what you thought you deserved. “Thus a utilitarian model would indeed predict the underdog effect,” the authors observe.