Where do we really find the most happiness: money, marriage or children? 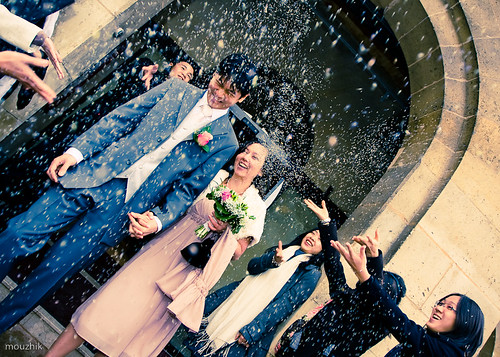 Studies have shown that people who are married are happier than people who are unmarried or cohabiting, suggesting there is a “marriage advantage” when it comes to life satisfaction. Mom’s second requirement, a good paycheck, is known to be much less important. Research shows that money has diminishing marginal utility: “Anybody who says money can’t buy happiness has never met someone who lives in a cardboard box under a bridge,” Gilbert said. “But anybody who tells you money buys happiness has never met a very very rich person.” Money makes a big difference when it moves you out of poverty and into the middle class, he explained, but it makes very little difference after that.

But the biggest blow science dealt to Gilbert’s mother, and received wisdom, is when it comes to kids. Children have a negative overall effect on happiness. “The more children you have, the less likely you are to say you are satisfied with your life,” Gilbert said. Studies that monitored how much satisfaction people got from their everyday activities showed that women were less happy when interacting with their children than when doing almost any other activity. The pleasure of being with their children was actually comparable to that of doing housework.

“Contrary to what the popular press tells us,” he said, “the most common symptom of empty-nest syndrome is smiling.”

Why, then, are children regarded as one of life’s greatest rewards? “We believe we get more pleasure from the things for which we pay the most,” Gilbert explained. A person who paid $30 for a pair of Armani socks thinks they are the best socks in the world and that his life would be incomplete without them, but he feels that way mainly because of how much he paid. The same is true of children. “When people sacrifice, when people hurt, when people pay, they come to value things more. … One of the conclusions we draw from how much we do for our children is that they must be tremendous sources of happiness.”

Children are the best thing in a parent’s life, he agreed, “but only because they tend to get rid of every source of joy we had before they came along.”

Do children make us happier?