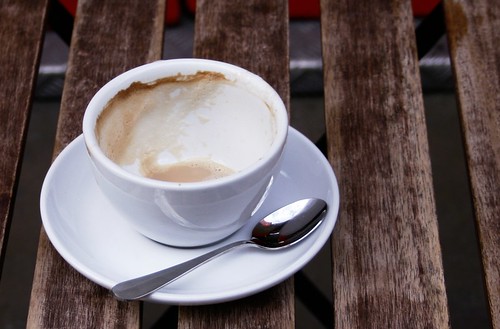 Among a large population of women tracked for as long as 18 years each, the women who routinely consumed the highest levels of caffeine were 20 percent less likely than those who drank little to none to become depressed when they were nearing or in their 60s.

Coffee, which ounce-for-ounce delivers the strongest dose of caffeine, was most women’s pick-me-up of choice. And generally, the more caffeine a woman drank, the more likely she was to be in good mental health. The study was published Monday in the Archives of Internal Medicine.

“A small amount of coffee may keep you more active and more happy, and that may result in the long run in better brain health,” said Dr. Alberto Ascherio, the senior author of the study. Cautioning that his group’s findings are preliminary, Ascherio added that they should ease concerns among female coffee addicts as they enter midlife; the average age of the participants was 63 years in 1996, when researchers began tracking the incidence of depression among the women.