Is the cure to feeling burned out someone telling you “you’re not burned out”? 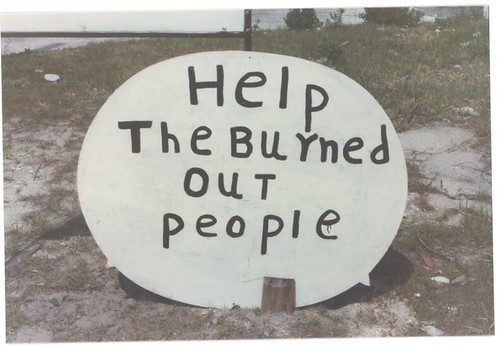 Scientists mentally fatigued people and then showed them fake “test results” demonstrating they not burned out and could keep going. Those given the fake results performed better on subsequent tests:

The human mind is quite adept at modifying and regulating thoughts, judgments, and behaviors. Recent research has demonstrated that depletion of self-regulatory resources can impair executive function through restriction of working memory capacity. The current work explored whether the mere perception of resource depletion (i.e., illusory fatigue) is sufficient to directly produce these deficits in executive control. To manipulate illusory fatigue, participants were exposed to a depleting or nondepleting task before being presented with false feedback about the effects of the initial task on their state of resource depletion. Participants then completed a well-established index of working memory capacity. Findings revealed that individuals provided with feedback that led to perceptions of low depletion exhibited greater working memory capacity. This effect was independent of individuals’ actual state of depletion and was furthermore mediated by their perceived level of depletion. Implications for spontaneous resource replenishment are discussed.

Source: “The Impact of Illusory Fatigue on Executive Control: Do Perceptions of Depletion Impair Working Memory Capacity?” from Social Psychological and Personality Science