Can you tell Nobel Peace Prize winners from America’s Most Wanted just by their faces? 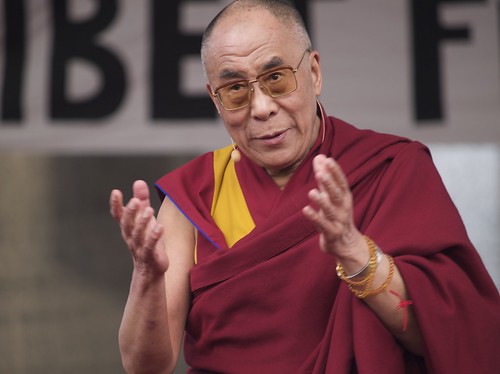 People’s guesses were generally better than random chance. Nobel Prize winners could often be detected after seeing a picture for 100 milliseconds. Distinguishing who was one of America’s Most Wanted took a little longer:

Although trustworthiness judgments based on a stranger’s face occur rapidly (Willis & Todorov, 2006), their accuracy is unknown. We examined the accuracy of trustworthiness judgments of the faces of 2 groups differing in trustworthiness (Nobel Peace Prize recipients/humanitarians vs. America’s Most Wanted criminals). Participants viewed 34 faces each for 100 ms or 30 s and rated their trustworthiness. Subsequently, participants were informed about the nature of the 2 groups and estimated group membership for each face. Judgments formed with extremely brief exposure were similar in accuracy and confidence to those formed after a long exposure. However, initial judgments of untrustworthy (criminals’) faces were less accurate (M=48.8%) than were those of trustworthy faces (M=62.7%). Judgment accuracy was above chance for trustworthy targets only at Time 1 and slightly above chance for both target types at Time 2. Participants relied on perceived kindness and aggressiveness to inform their rapidly formed intuitive decisions. Thus, intuition plays a minor facilitative role in reading faces.

Source: “Is the face a window to the soul? Investigation of the accuracy of intuitive judgments of the trustworthiness of human faces.” from Canadian Journal of Behavioural Science/Revue canadienne des sciences du comportement, Vol 40(3), Jul 2008, 171-177.