How To Instantly Get Smarter 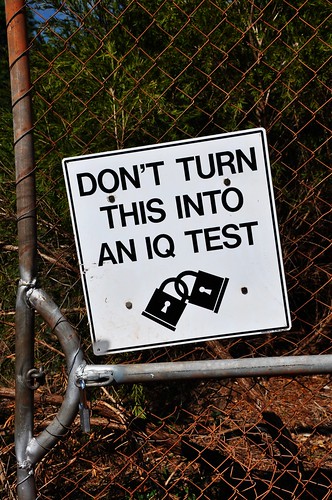 Getting people to think about professors (or other stereotypically smart groups) improved their smarts for 15 minutes.

The reverse was true too: getting people to think about stereotypically stupid people reduced performance.

The authors tested and confirmed the hypothesis that priming a stereotype or trait leads to complex overt behavior in line with this activated stereotype or trait. Specifically, 4 experiments established that priming the stereotype of professors or the trait intelligent enhanced participants’ performance on a scale measuring general knowledge. Also, priming the stereotype of soccer hooligans or the trait stupid reduced participants’ performance on a general knowledge scale. Results of the experiments revealed (a) that prolonged priming leads to more pronounced behavioral effects and (b) that there is no sign of decay of the effects for at least 15 min. The authors explain their results by claiming that perception has a direct and pervasive impact on overt behavior (cf. J. A. Bargh, M. Chen, & L. Burrows, 1996). Implications for human social behavior are discussed.

Source: “The relation between perception and behavior, or how to win a game of Trivial Pursuit” from Journal of Personality and Social Psychology, Vol 74(4), Apr 1998, 865-877.

Anyone know where I can buy Einstein wallpaper?