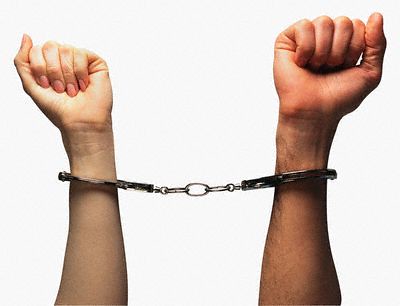 Why We Reason points to two interesting studies.

One says arranged and choice marriages are equally happy:

Forty-five individuals (22 couples and 1 widowed person) living in arranged marriages in India completed questionnaires measuring marital satisfaction and wellness. The data were compared with existing data on individuals in the United States living in marriages of choice. Differences were found in importance of marital characteristics, but no differences in satisfaction were found. Differences were also found in 9 of 19 wellness scales between the 2 groups. Implications for further research are considered.

Source: “Marriage Satisfaction and Wellness in India and the United States: A Preliminary Comparison of Arranged Marriages and Marriages of Choice” from Journal of Counseling & Development

Another says that love is stronger in arranged marriages:

Young couples in India generally have a choice about whether to proceed, and the combination of choice and sound guidance probably accounts for the fact that studies of arranged marriages in India indicate that they measure up well—in, for example, longevity, satisfaction and love—against Western marriages. Indeed, the love experienced by Indian couples in arranged marriages appears to be even more robust than the love people experience in “love marriages.” In a 1982 study psychologists Usha Gupta and Pushpa Singh of the University of Rajas- than in Jaipur, India, used the Rubin Love Scale, which gauges intense, romantic, Western-style love, to determine that love in love marriages in India does exactly what it does in love marriages here: it starts high and declines fairly rapidly. But love in the arranged marriages they examined started out low and gradually increased, surpassing the love in the love marriage about five years out. Ten years into the marriage the love was nearly twice as strong.

Source: “How science can help you fall in love” by Robert Epstein, from Scientific American Mind

No conclusive answers but it’s interesting that choice/love based marriages didn’t come out on top in either.

What’s an easy way to improve your marriage?