This Is Why Americans Keep Getting Fatter 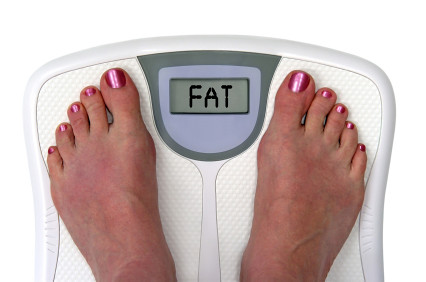 Forget all the wild theories; it’s actually quite simple: we eat too many calories.

Table 2 shows changes in food consumption between the mid-1970s and the mid-1990s for males and females. The top row in each panel reports overall caloric intake. Reported consumption increased by 268 calories for men and 143 calories for women between the two surveys. This increase is more than enough to explain the increase in steady-state weight.

So why did Americans suddenly start eating more calories?

Three academics at Harvard explain that the ease with which food can be prepared in the modern era is what has caused the notable rise in obesity:

What explains this growth in obesity? Why is obesity higher in the United States than in any other developed country? The available evidence suggests that calories expended have not changed significantly since 1980, while calories consumed have risen markedly. But these facts just push the puzzle back a step: why has there been an increase in calories consumed? We propose a theory based on the division of labor in food preparation. In the 1960s, the bulk of food preparation was done by families that cooked their own food and ate it at home. Since then, there has been a revolution in the mass preparation of food that is roughly comparable to the mass production revolution in manufactured goods that happened a century ago. Technological innovations—including vacuum packing, improved preservatives, deep freezing, artificial flavors and microwaves—have enabled food manufacturers to cook food centrally and ship it to consumers for rapid consumption. In 1965, a married women who didn’t work spent over two hours per day cooking and cleaning up from meals. In 1995, the same tasks take less than half the time. The switch from individual to mass preparation lowered the time price of food consumption and led to increased quantity and variety of foods consumed.

What’s also interesting is that the problem is snacking. That advice about “eating six meals a day” might not be helping:

One of the ways their theory is substantiated is by looking at who has gotten fatter in the US and what parts of the world are fattest:

First, increased caloric intake is largely a result of consuming more meals rather than more calories per meal. This is consistent with lower fixed costs of food preparation. Second, consumption of mass produced food has increased the most in the past two decades. Third, groups in the population that have had the most ability to take advantage of the technological changes have had the biggest increases in weight. Married women spent a large amount of time preparing food in 1970, while single men spent little. Obesity increased much more among married women. Finally, we show that obesity across countries is correlated with access to new food technologies and to processed food. Food and its delivery systems are among the most regulated areas of the economy. Some regulations are explicit; for example, the European Union has taken a strong stance against genetically engi- neered food, and Germany for many years had a Beer Purity Law. Other “regulations” are cultural, like Jose Bove’s crusade against McDonald’s in France. Countries with a greater degree of regulation that support traditional agriculture and delivery systems have lower rates of obesity.

What’s also curious is that less exercise hasn’t been a huge cause of the spike in weight gain. Most of the shift to a more sedentary lifestyle happened between 1965-1970 (avg of 40mins more television watching per day), long before the major increase in obesity.

This leads us to an interesting possible diet: only buy foods that require significant preparation. Hey, it worked for grandmom.