What’s an easy way to improve your marriage? 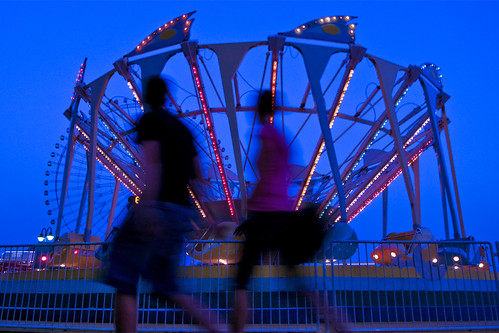 Do exciting things together. We get bored with the same old stuff and it hurts the relationship:

Fifty-three married couples were randomly assigned to engage in activities for 1.5 hours each week for 10 weeks that were self-defined as (a) exciting or (b) pleasant, or couples were in a (c) no-special-activity control group. Pretest and post-test data were obtained on a standard marital satisfaction measure (adjusted for scores on a social desirability index). A planned linear contrast comparing the two activities groups to the control group was not significant and had a small effect size; thus the theory that any kind of activity enhances marital satisfaction was not supported as an explanation for the well-established association of time together and satisfaction. However, the other planned orthogonal contrast found significantly higher satisfaction for the exciting than the pleasant group, a difference that had a moderate effect size. This finding is consistent with views emphasizing habituation as an obstacle to relationship maintenance – for example, Aron & Aron’s (1986) prediction from their self-expansion model that sharing stimulating activities will enhance marital satisfaction.

Source: “Shared Activities and Marital Satisfaction: Causal Direction and Self-Expansion versus Boredom” from Journal of Social and Personal Relationships May 1993 vol. 10 no. 2 243-254