What do women look for in a one-night stand vs a long term relationship? 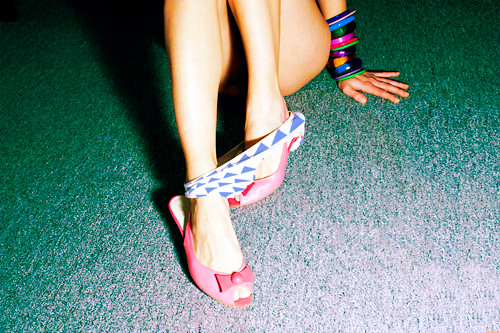 For both men and women, one night stands were primarily about physical attractiveness. Attractiveness and agreeableness were key for long term relationships.

Another key factor (much more for women than for men) was dominance. Physical dominance in a man made him appealing for a one night stand. Social dominance (leadership, etc) led to female interest in a longer term relationship.

Dominance is a key feature on which romantic partners are evaluated, yet there is no clear consensus on its definition. In Study 1 (N = 305), the authors developed scales to measure three putatively distinct dimensions of dominance: social, financial, and physical. In Study 2 (N = 308), the authors used their scales in a mate-selection paradigm and found that women perceived physical dominance to be related to both attractiveness and social dominance. For both sexes, attractiveness predicted desirability for a one-night stand, whereas attractiveness and agreeableness were predictors of desirability for a serious relationship. In Study 3 (N = 124), the authors surveyed romantic partners in monogamous relationships and found that although aspects of a partner’s dominance—financial for women and social for men—played a bivariate role in relationship satisfaction, agreeableness was the strongest predictor of current and future relationship satisfaction and the only significant predictor of relationship dissolution.

Source: “The Big, the Rich, and the Powerful: Physical, Financial, and Social Dimensions of Dominance in Mating and Attraction” from Pers Soc Psychol Bull 2011 37: 365 originally published online 20 January 2011

For more on the subject, check out A Billion Wicked Thoughts: What the World’s Largest Experiment Reveals about Human Desire.