What are the secrets of a photographic memory? 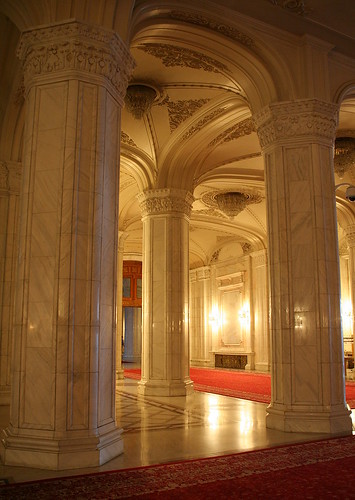 Those with the best memories in the world — who win memory competitions — are not born, they’re made.

Since we’re all far better at remembering pictures and routes than we are lists and numbers, memory experts build “memory palaces” in their mind — fictional structures they can mentally walk through that visually connect all the things they’ve memorized.

By associating over-the-top or emotional imagery with the facts to be remembered, they create rich “items” to place in the palace.

Memory champion Joshua Foer, author of Moonwalking with Einstein: The Art and Science of Remembering Everything penned a piece for the New York Times that explains it:

The answer lies in a discovery supposedly made by the poet Simonides of Ceos in the fifth century B.C. After a tragic banquet-hall collapse, of which he was the sole survivor, Simonides was asked to give an account of who was buried in the debris.When the poet closed his eyes and reconstructed the crumbled building in his imagination, he had an extraordinary realization: he remembered where each of the guests at the ill-fated dinner had been sitting. Even though he made no conscious effort to memorize the layout of the room, it nonetheless left a durable impression. From that simple observation, Simonides reportedly invented a technique that would form the basis of what came to be known as the art of memory. He realized that if there hadn’t been guests sitting at a banquet table but, say, every great Greek dramatist seated in order of birth — or each of the words of one of his poems or every item he needed to accomplish that day — he would have remembered that instead. He reasoned that just about anything could be imprinted upon our memories, and kept in good order, simply by constructing a building in the imagination and filling it with imagery of what needed to be recalled. This imagined edifice could then be walked through at any time in the future. Such a building would later come to be called a memory palace.

The principle underlying most memory techniques is that our brains don’t remember every type of information equally well. Like every other one of our biological faculties, our memories evolved through a process of natural selection in an environment that was quite different from the one we live in today. And much as our taste for sugar and fat may have served us well in a world of scarce nutrition but is maladaptive in a world of ubiquitous fast-food joints, our memories aren’t perfectly suited for our contemporary information age. Our hunter-gatherer ancestors didn’t need to recall phone numbers or word-for-word instructions from their bosses or the Advanced Placement U.S. history curriculum or (because they lived in relatively small, stable groups) the names of dozens of strangers at a cocktail party. What they did need to remember was where to find food and resources and the route home and which plants were edible and which were poisonous. Those are the sorts of vital memory skills that they depended on, which probably helps explain why we are comparatively good at remembering visually and spatially.

…The point of the memory techniques described in “Rhetorica ad Herennium” is to take the kinds of memories our brains aren’t that good at holding onto and transform them into the kinds of memories our brains were built for. It advises creating memorable images for your palaces: the funnier, lewder and more bizarre, the better. “When we see in everyday life things that are petty, ordinary and banal, we generally fail to remember them. . . . But if we see or hear something exceptionally base, dishonorable, extraordinary, great, unbelievable or laughable, that we are likely to remember for a long time.”

What distinguishes a great mnemonist, I learned, is the ability to create lavish images on the fly, to paint in the mind a scene so unlike any other it cannot be forgotten. And to do it quickly. Many competitive mnemonists argue that their skills are less a feat of memory than of creativity. For example, one of the most popular techniques used to memorize playing The point of memory techniques to take the kinds of memories our brains aren’t that good at holding onto and transform them into the kinds of memories our brains were built for. cards involves associating every card with an image of a celebrity performing some sort of a ludicrous — and therefore memorable — action on a mundane object. When it comes time to remember the order of a series of cards, those memorized images are shuffled and recombined to form new and unforgettable scenes in the mind’s eye. Using this technique, Ed Cooke showed me how an entire deck can be quickly transformed into a comically surreal, and unforgettable, memory palace.

For more, check out Foer’s book Moonwalking with Einstein: The Art and Science of Remembering Everything.

How can you improve learning while you sleep?

Does forgetfulness mean you have a good memory?