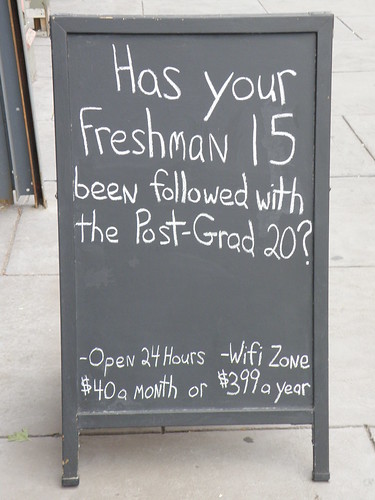 Rather than adding “the freshman 15,” as it is commonly called, the average student gains between about 2.5 and 3.5 pounds during the first year of college.

And college has little to do with the weight gain, the study revealed. The typical freshman only gains about a half-pound more than a same-age person who didn’t go to college.

“The ‘freshman 15’ is a media myth,” said Jay Zagorsky, co-author of the study and research scientist at Ohio State University’s Center for Human Resource Research.

“Not only is there not a ‘freshman 15,’ there doesn’t appear to be even a ‘college 15’ for most students,” Zagorsky said.