Is fast food responsible for the rise of obesity among the poor? 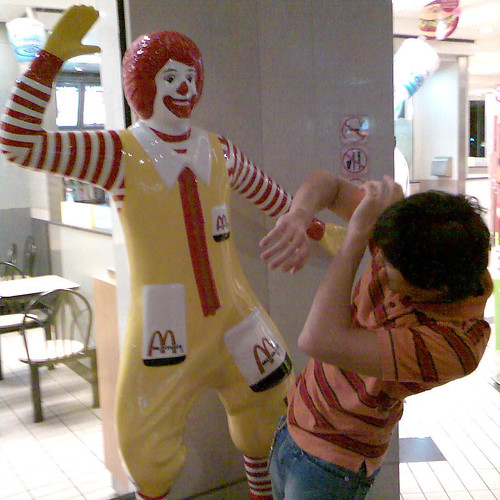 Nope. Most fast food purchases are made by people with above-average salaries.

From the LA Times:

The conventional wisdom goes something like this: Obesity rates are skyrocketing among the poorest Americans, therefore fast-food restaurants must be to blame.

But a new study by a professor at UC Davis’ medical school has found that it’s Americans with salaries at the higher end of the spectrum — in some cases as high as $80,000 to $90,000 — who are driving fast-food consumption at the likes of McDonald’s and Burger King.

“There’s a strong correlation been income and obesity,” professor Paul Leigh told The Times. “And so people say, ‘Oh, well, it’s the fast-food restaurants that are causing obesity among the poor.’ But that’s not true. To focus on fast-food restaurants as the sole cause of obesity is incorrect.”

The professor of health economics said the study of the dining habits of about 5,000 Americans found that as a household’s income increased, so did visits to chain fast-food restaurants such as McDonald’s. (That dropped dramatically, however, as income went even higher, presumably because the high-income types can hire cooks or afford to eat at restaurants with tablecloths.)