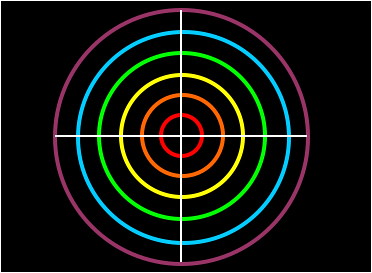 Most people evaluate others holistically. This study says gay people might be better at detail-oriented processing, paying more attention to subtle differences:

Homosexuals are believed to have a “sixth sense” for recognizing each other, an ability referred to as gaydar. We considered that being a homosexual might rely on systematic practice of processing relatively specific, local perceptual features, which might lead to a corresponding chronic bias of attentional control. This was tested by comparing male and female homosexuals and heterosexuals – brought up in the same country and culture and matched in terms of race, intelligence, sex, mood, age, personality, religious background, educational style, and socio-economic situation – in their efficiency to process global and local features of hierarchically-constructed visual stimuli. Both homosexuals and heterosexuals showed better performance on global features – the standard global precedence effect. However, this effect was significantly reduced in homosexuals, suggesting a relative preference for detail. Findings are taken to demonstrate chronic, generalized biases in attentional control parameters that reflect the selective reward provided by the respective sexual orientation.

Does high sex drive mean a woman might be bisexual?

Can you tell a man is gay by his hair? By the number of brothers he has? By whether he’s left-handed?