How confident should you be at work today? 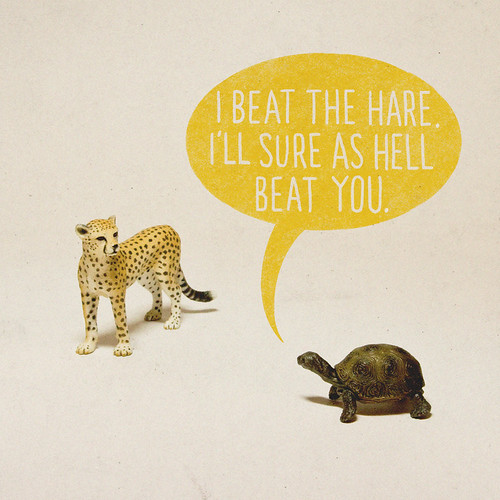 Moderately overconfident. Being slightly delusional is a good thing here. You’ll choose more challenging tasks and this study shows it’s an advantageous attitude to have. But don’t be extremely overconfident:

People use information about their ability to choose tasks. If more challenging tasks provide more accurate information about ability, people who care about and who are risk averse over their perception of their own ability will choose tasks that are not sufficiently challenging. Overestimation of ability raises utility by deluding people into believing that they are more able than they are in fact. Moderate overestimation of ability and overestimation of the precision of initial information leads people to choose tasks that raise expected output, however extreme overconfidence leads people to undertake tasks that are excessively challenging. Consistent with our results, psychologists have found that moderate overconfidence is both pervasive and advantageous and that people maintain such beliefs by underweighting new information about their ability.

But will this hurt you in terms of teamwork? Overconfident workers are actually better for teams. Underconfidence is what causes problems:

We use a laboratory experiment to study how perceptions of skill influence teamwork. Our design is based on Gervais and Goldstein (2007) theory of teams. Team output is increasing in skill and in effort, skill and effort are complements, and workers’ effort choices are complements. An overconfident agent thinks that his skill is higher than it actually is. We find that the presence of overconfident workers in teams is beneficial for firms since it raises effort provision and team output. We also find that overconfidence leads to a Pareto improvement in workers’ payoffs. In contrast, underconfidence is detrimental to firms as well as workers.