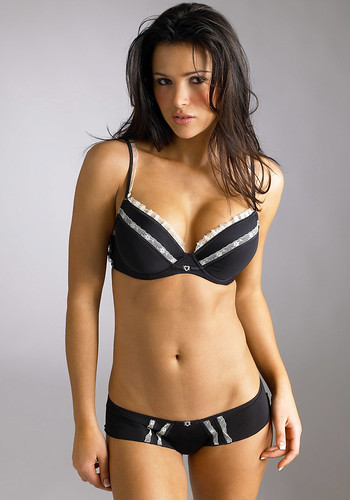 There seems to be a connection in men’s minds between beautiful women and war:

Questions about origins of human warfare continue to generate interesting theories with little empirical evidence. One of the proposed explanations is sexual selection theory. Within and supportive of this theoretical framework, the authors demonstrate a mating—warring association among young heterosexual men in four experiments. Male, but not female, participants exposed to attractive, as compared to unattractive, opposite-sex photographs were significantly more likely to endorse war-supporting statements on a questionnaire. The same mating effect was not found in answering trade conflict questions. Male participants primed by attractive faces or legs of young women were significantly faster in responding to images or words of war than those primed by unattractive faces or national flags. The same mating effect was not found in responding to farming concepts or general aggression expressions. Results underscore the link between mating and war, supporting the view that sexual selection provides an ultimate explanation for the origins of human warfare.

Source: “The Face That Launched a Thousand Ships: The Mating-Warring Association in Men” from Personality and Social Psychology Bulletin