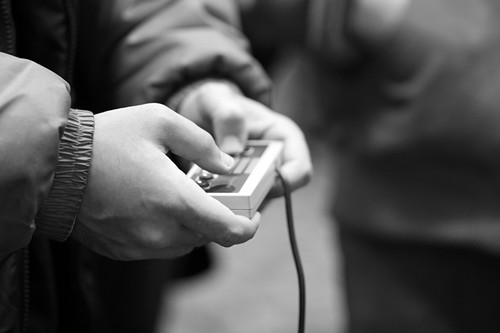 1) Video games might make you more creative. From Eurekalert:

Both boys and girls who play video games tend to be more creative, regardless of whether the games are violent or nonviolent, according to new research by Michigan State University scholars. A study of nearly 500 12-year-olds found that the more kids played video games, the more creative they were in tasks such as drawing pictures and writing stories. In contrast, use of cell phones, the Internet and computers (other than for video games) was unrelated to creativity, the study found… regardless of gender, race or type of game played, greater video game playing was the only technology to be associated with greater creativity.

2) They can reduce nightmares:

Revonsuo proposes an evolutionary theory of dreaming in which dreams allow an individual to prepare for real world threats in the safety of the virtual setting of the dream world. Based upon previous work examining the dreams of video game players, it was hypothesized that high-end gamers would experience fewer threat simulation dreams because of frequent threat resolution rehearsal during game play. Subjects were asked to report a night before dream and fill out surveys regarding their gaming history, media use, and dream experiences. Using a factor analysis, support for the main hypothesis was found. Individuals with a history of game play experienced fewer threat severity variables in their dreams.

In many everyday situations, speed is of the essence. However, fast decisions typically mean more mistakes. To this day, it remains unknown whether reaction times can be reduced with appropriate training, within one individual, across a range of tasks, and without compromising accuracy. Here we review evidence that the very act of playing action video games significantly reduces reaction times without sacrificing accuracy. Critically, this increase in speed is observed across various tasks beyond game situations. Video gaming may therefore provide an efficient training regimen to induce a general speeding of perceptual reaction times without decreases in accuracy of performance.