Where do men and women look first when eyeing the opposite sex? 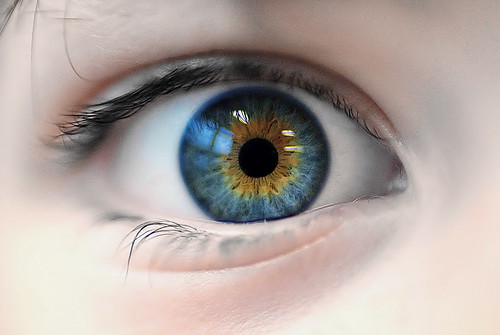 Both intially look at the face. After that, men look at women’s breasts, women look at men’s legs:

The goal of the present study was to provide first evidence for gender differences in gaze patterns while looking at the body of men and women. For this purpose participants were exposed to 30 pictures of 15 male and 15 female models in casual clothing. The individual scan paths were recorded using an eye-tracker. The results show that both male and female observers primarily gaze at people’s face. Only after this initial face-scan, men look significantly earlier and longer at women’s breasts, while women look earlier at men’s legs. These observations uncover important aspects of the pattern of the human gaze at others and particularly reveal important gender differences.