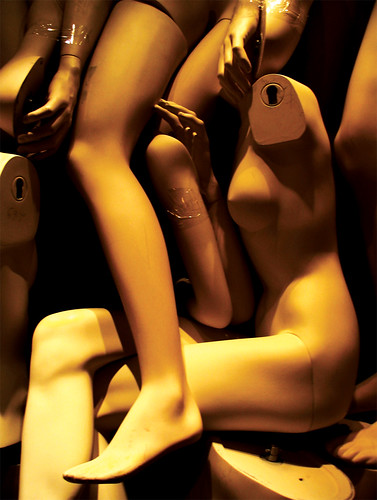 Studies of physical attractiveness have long emphasized the constituent features that make faces and bodies attractive, such as symmetry, skin texture, and waist-to-hip ratio. Few studies, however, have examined the reproductively relevant cues conveyed by faces and bodies as whole units. Based on the premise that fertility cues are more readily assessed from a woman’s body than her face, the present study tested the hypothesis that men evaluating a potential short-term mate would give higher priority to information gleaned from her body, relative to her face, than men evaluating a potential long-term mate. Male and female participants (N=375) were instructed to consider dating an opposite sex individual, whose face was occluded by a “face box” and whose body was occluded by a “body box,” as a short-term or long-term mate. With the instruction that only one box could be removed to make their decision about their willingness to engage in the designated relationship with the occluded individual, significantly more men assigned to the short-term, compared to the long-term, mating condition removed the body box. Women’s face versus body information choice, in contrast, was unaffected by the temporal dimension of the mating condition. These results suggest that men, but not women, have a condition-dependent adaptive proclivity to prioritize facial cues in long-term mating contexts, but shift their priorities toward bodily cues in short-term mating contexts.

A number of traits have been proposed to be important in human mate choice decisions. However, relatively little work has been conducted to determine the relative importance of these traits. In this study, we assessed the relative importance of the face and body in judgments of human physical attractiveness. One hundred twenty-seven men and 133 women were shown images of 10 individuals of the opposite sex. Participants rated the images for their attractiveness for either a short-term relationship or a long-term relationship. Images of the face and the body were rated independently before participants were shown and asked to rate the combined face and body images. Face ratings were found to be the best predictor of the ratings of combined images for both sexes and for both relationship types. Females showed no difference in ratings between short- and long-term conditions, but male ratings of female bodies became relatively more important for a short-term relationship compared with a long-term relationship. Results suggest that faces and bodies may be signaling different information about potential mates.

Source: “The relative importance of the face and body in judgments of human physical attractiveness” from Evolution and Human Behavior