What’s more important: being rich or being richer than your neighbors? 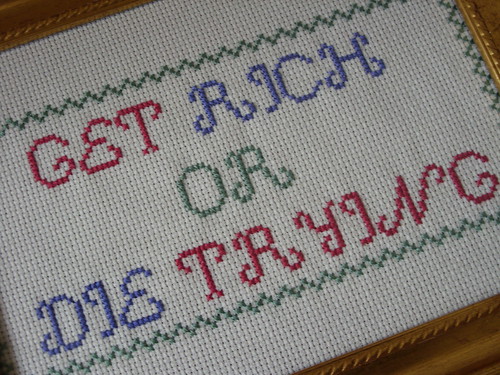 This study theorizes that a good part of this may be because once you’re very happy, becoming even happier may be a function of how you’re doing compared to others:

The relationship between income and subjective well-being (SWB) is investigated using eight waves of the British Household Panel Survey and an estimation strategy that allows us to relax some assumptions typically made in the literature. First, we use a random effects generalised ordered probit model to investigate whether income effects are heterogeneous across SWB categories, and, second, we discretise (absolute and relative) income variables to allow for the income effects to vary across income groups. We find that higher absolute income increases SWB but up to a certain level, while low income is significantly correlated with low scores in the SWB ladder. Our results are consistent with the Easterlin Paradox that has been reported in the literature. We find that high-income groups are less likely to belong in the highest SWB level, which could be partly explained by the fact that the relative income status (rather than the absolute one) is more important in determining (the highest level of) SWB.

Source: “The poor, the rich and the happy: Exploring the link between income and subjective well-being” from The Journal of Socio-Economics.